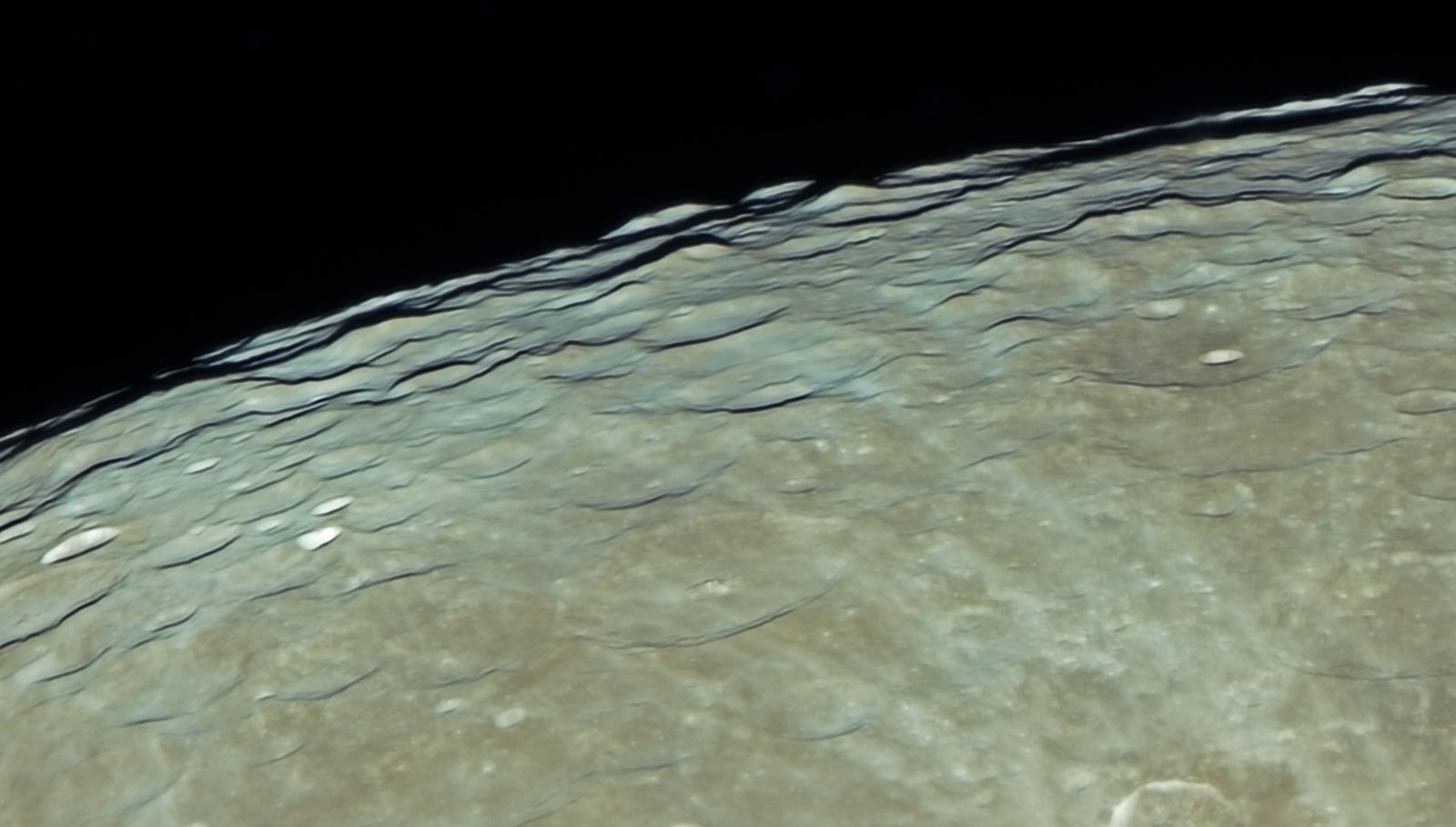 The evening of December 7th, 2022 was a Full Moon and for many of my US friends the Moon occulted Mars for a short time. In Florida and most of the east coast, it was only a near miss and yes I photographed it like everyone else. But this post is not about that event, but rather the show the Moon was putting on at it’s South Pole. When the Moon is full the Sun is bearing down straight on it, more or less, from our vantage point. The Moon though is a sphere (okay, sphere-ish), and it’s not a smooth sphere, it has bumps, valleys, hills, etc. We often love observing the lunar terminator when these features are in stark relief, but still we are seeing these features from directly overhead. If only we could fly to the Moon, and look at them from a low elevation to see them in the distance rising from the lunar surface. Well… we can!

This is exactly the view we have when the Sun is grazing along the edges of the Moon. On the night of the occultation, the southern edge was putting on quite a show and I just had to take some video for later processing (a technique we call “Lucky Imaging“).

The image below was taken through a Sky-Watcher 180mm Maksutov-Cassegrain telescope and a Player One Neptune C II high speed camera. Many thousands of frames were taken, but the atmosphere is turbulent, so a computer program helps search through all the individual frames to find the ones with the most stillness to them. They are combined to make a clean smooth image, and then I apply a little sharpening to clear up any blur remaining. I also rotated the original image 180 degrees to give the sensation of flying over the Moon rather than under it.

The conditions were excellent, so I decided to try doubling the magnification with a 2x Televue Powermate. This brought my total focal length to 5,500mm and with my cameras small pixels, an astonishing 0.11 arc-seconds per pixel resolution. For most deep sky objects (galaxies and nebula) you can only achieve this much resolution/magnification with long exposures by putting your telescope in space where there is no atmosphere. Doing this from Earth requires very fast frame rates to capture the stillness, and a great number of frames to choose from. That’s why we call it LUCKY imaging!

This second image is the left most area from the image above, but taken at twice the focal length. The camera rotation doesn’t match if you can forgive me for that, but it still captures the feeling of really “being there”, at least it does to me.

Finally, for the selenophiles out there (of whom I count myself), I’ve also labeled some of the more prominent craters in this image. Who say’s the full Moon isn’t interesting to photograph?!? Definitely not me.